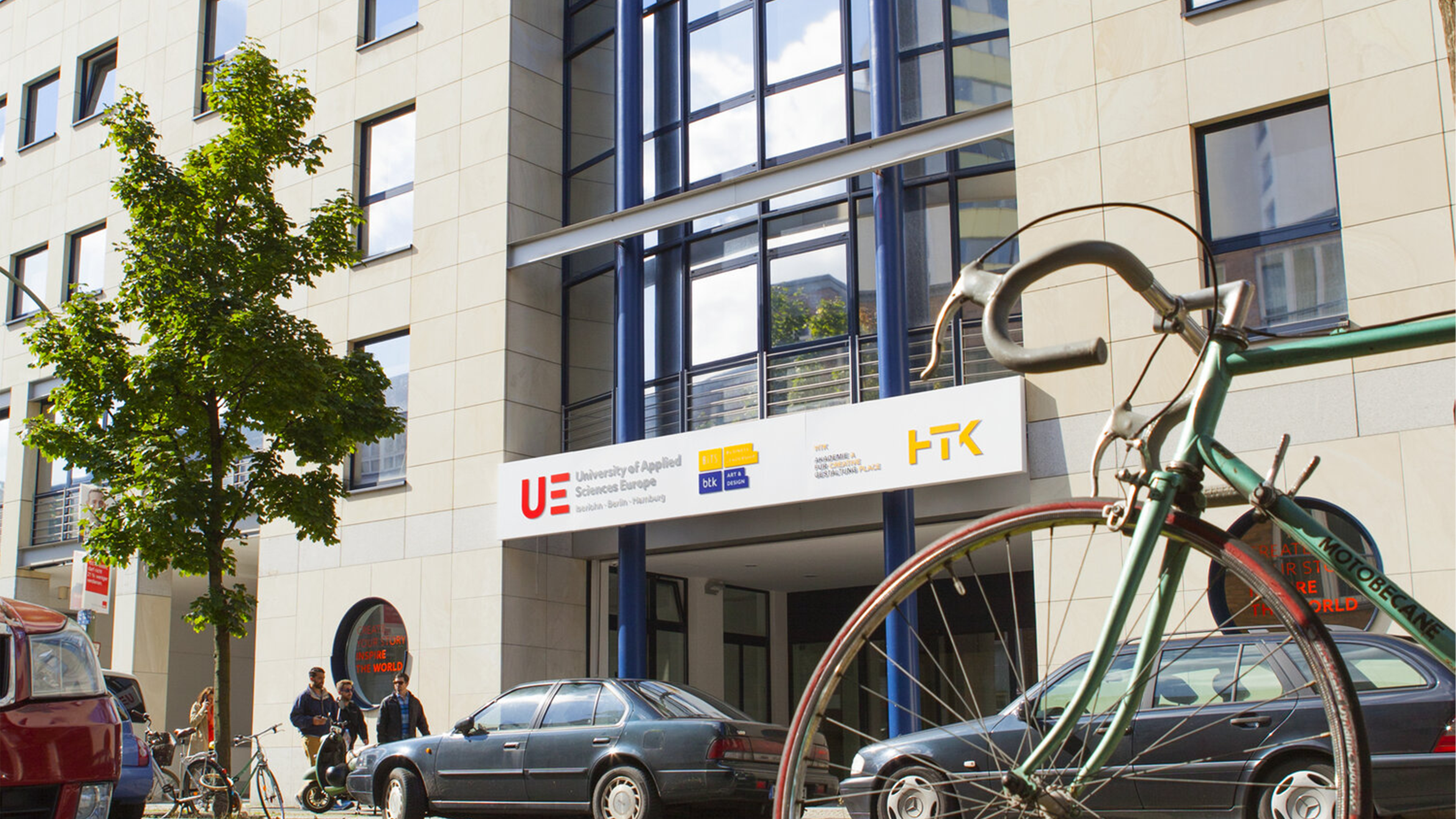 During my studies at the University of Europe for Applied Sciences, I worked on multiple productions, each lasting for ~3 months. Take a look at them below!

“Fight your way through the Metrodome – an absurd slaughter-competition, all while staying on beat to cause maximum damage!”

METRODOME is an action-ability slasher set inside a fictional game competition where there are only two ways to get out: victory or death. The player needs to fight through hordes of enemies with attacks, dashes and fancy dance moves. Additionally, there is a constant music track playing in the background which gets more intense when hitting actions, such as attacking and dashing on-beat.

METRODOME came together in a project course hosted by Peter Holzapfel, a former AAA Game Designer and Producer.

In this project, we wanted to have the biggest team possible, so we gathered 10 people and started brainstorming ideas. In the end, we hugely overscoped, but made the project work and be incredibly fun in the end!

We liked the project so much that we continued development on it under the new name “Rave Cage Carnage” in full time!

“Play as teams of 2 against each other, collecting items, delivering them to the evil scientist and blasting each other with bombs – fun for the entire family!”

Maniac Minions is a local couch co-op game for up to 4 players. Splitting up into teams of 2, the goal is simple – use the available bombs to destroy the dispensers and get the right item to the evil scientist in the center of the map. But be careful – the duration of rounds is short and the map changes each round, potentially leading to your literal downfall. Additionally, the other team has the same objective as you and only the team with the higher score will win!

The development process of Maniac Minions was very mixed. It started off as an entirely different project and constantly changed its main mechanics. At some point, I took over the wheel and set fixed boundaries in which the team could operate.

After some iterations, we were able to settle for our current Gameplay Loop, so we could build out all the features required!

I also coded most of the gameplay, such as our Movement System for all four players, the Combining Mechanic in which 2 objects would be combined into a new one (this was unfortunately cut in the end) and also things such as a Game Manager (Player Score, Game States) and Round Manager (Round Duration, Arena Layouts).

“Experience our vision of future Berlin in the year 2035. You play as an agent and have to deduct NPCs in order to build your case statements with our unique dialogue systems!”

Being more of a concept prototype rather than a game, BERLIN 2035 came to be as an experiment in agent games. Our goal was to develop a dialogue system which allowed players to talk to every NPC, get important statements and use these as evidence and arguments in future deductions. Additionally, we wanted this system to be very modular to allow designers to build new dialogues and evidence statements on the fly. While not being extremely polished, we liked the concept and had fun working on it.

My main responsibilities for this project included System Design, Programming every aspect of the prototype, UI Art and also some Level Building.

As a Programmer, I built out a complex interrogation system from the ground up and also learnt how to link multiple dynamic data-lists together for building logical sentence-combinations.

As we were a small team, I also dived into Unity Editor Scripting and made a tool which would help speed up our Level Designer’s workflow.

“A gruesome tale spun from a classical fairy tale. Discover what happened on this mission ship and find out more about the mysterious Panacea.”

PANACEA is a walking simulator set inside an abandoned space ship. In order to find out what happened to the deceased crew, the player needs to find audio-logs, listen to them and listen close to the valuable information some of the crew members mention.

My main responsibilities for this project included Programming things liek Player Input (Walking, Orientation, Interactions), our Inventory System in which you could play back the Audiologs you pick up in the level, gating (doors locked by keycards or pin codes and spore fields which could only be crossed with a Gas Mask) and UI Integration!

Although this was my first digital University Project, development went very smooth and we are very happy with how the game turned out!